How Plastic Is Hurting Whales

Posted on August 15, 2015 by meredithferrill 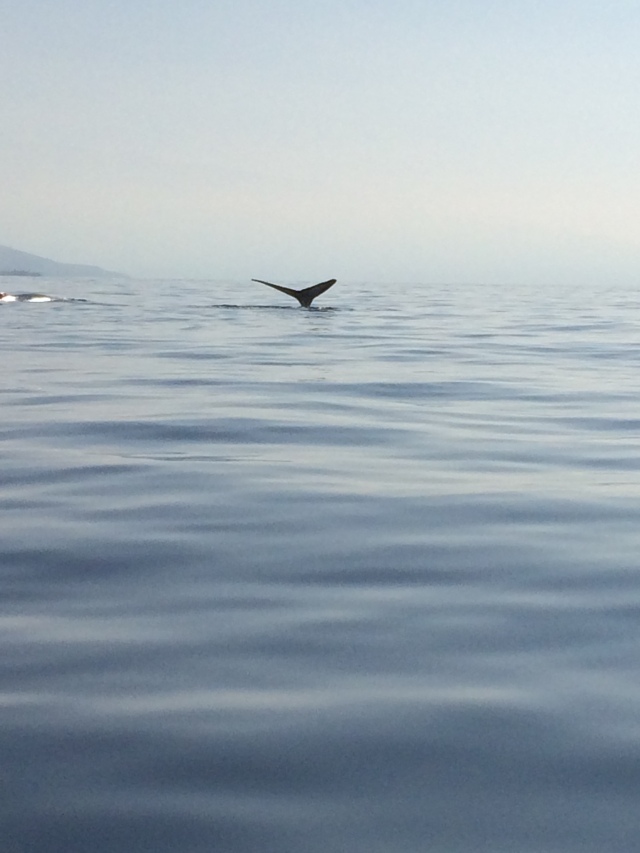 In doing some research on how plastic harms marine life, I came across the following quote:

“The ultimate challenge lies in detecting the loss of biodiversity in coastal and marine systems. The last fallen mahogany would lie perceptibly on the landscape, and the last black rhino would be obvious in its loneliness, but a marine species may disappear beneath the waves unobserved and the sea would seem to roll on same as always” (Wilson 45).

These words capture the general conclusion that I’ve seen a lot of scientists make when trying to quantify what plastic is doing to our world’s waters—that is, “we don’t really know the extent of the problem.” I find the words haunting. Our oceans are so vast, so deep, covering the majority of our planet, that exploration of them is extremely tricky; it’s a colossal challenge to study how plastic might be killing those rarer species, such as whales, that are already a mystery to us. How do we ever find out what’s really happening out there?

Many researchers are trying, and in 2013, one team did some intense study of three dead sperm whales found in the waters of Northern California and the Mediterranean. These scientists admit that their sample size is small, and start their paper by saying that while scientists now know a lot about how plastic is affecting birds, sea turtles, fish, and sea otters, “little is known about the impacts of the ingestion of debris in large marine mammals” (de Stephanis et al. 206).

Most of the knowledge we have now shows how plastic is harming larger marine mammals by entangling them and causing outward physical injury. Still precious little research tells us what ingesting debris is doing to whales and other large ocean mammals.

Even though this study admits to being but a glimpse, it is still an important and interesting glimpse.

First, the scientists described what they saw when they dissected two sperm whales recovered from the shores of California. One of the whales had died from ingested plastic that had caused intestinal rupture, but what further surprised and concerned them was what they observed with the second whale. Unlike the first, the second whale looked starved. These scientists found a reservoir of plastic debris inside of the gut of this whale that had blocked its gastric passages. Rather than impaling or exploding its internal passages, the plastic had plugged up those channels, leaving no room for nutritional food to pass through.

The scientists next turned their attention to a second whale they found off the coasts of Spain. This whale also showed no outward signs of being killed by entanglement or impalement, so they suspected its death was related to eating plastic. The whale was also extremely emaciated. When they opened up its stomach, they found a compacted mass of plastics, most being items from greenhouses. In this region of the Mediterranean, greenhouses are widely used to grow vegetables year round, helping keep them affordable even in the winter months. In the case of this whale, most of the plastic he had ingested was from greenhouse materials, which had caused both gastric rupture as well as gastric blockage that had starved him.

It made me particularly sad to think that one of the things the whale had eaten was a plastic flowerpot. Why this particularly struck me, I’m not quite sure. Something about it seems so mundane, such a simple object to cause demise—an item we use to bring beauty into our homes and nurture small plants ended up being deadly.

What other kinds of simple, seemingly harmless objects do we use every day and not think much about that end up floating in our oceans? I guess the flowerpot makes me more perceptive of just how many such items are out there, silently doing harm to creatures we find reverent and sacred.

Many other articles written by other researchers confirm what these scientists found in 2013: that while it’s hard to perform large-scale studies, isolated findings show that large marine mammals are all eating plastic. An article from this year reported the following about how wide-spread the problem is: “At least 26 species of cetaceans have been documented to ingest plastic debris (Baird and Hooker, 2000). A young male pygmy sperm whale (Kogia breviceps) stranded alive in Texas, USA, died in a holding tank 11 days later (Tarpley and Marwitz, 1993). The necropsy showed that the first two stomach compartments were completely occluded by plastic debris (garbage can liner, a bread wrapper, a corn chip bag and two other pieces of plastic sheeting)” (Derraik 845).

It’s so scary to me to think that we can look out at our sparkling, blue waters and be blind to the realities hidden underneath. We continue to seek the full story, but in the vast and mysterious waves, it continues to elude us.

This entry was posted in Uncategorized. Bookmark the permalink.